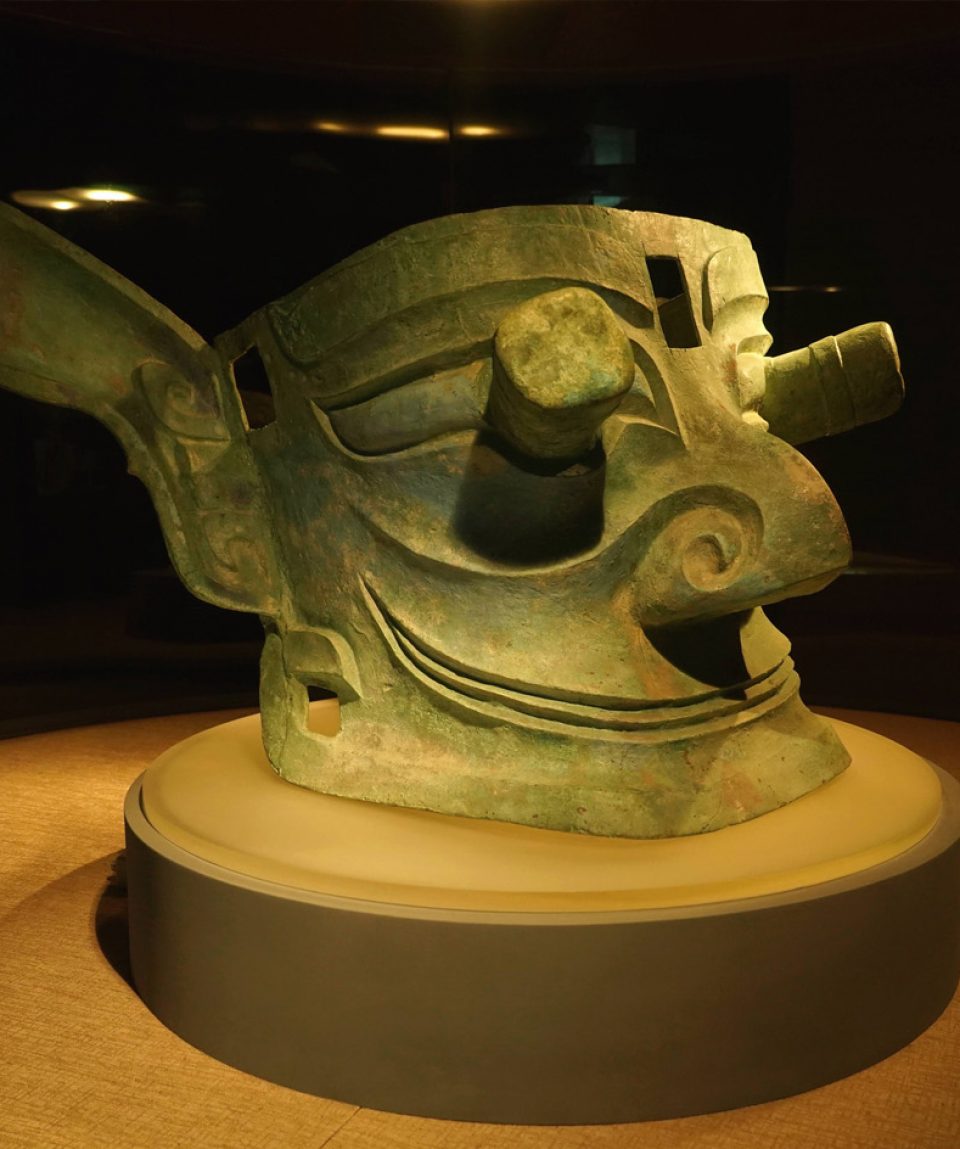 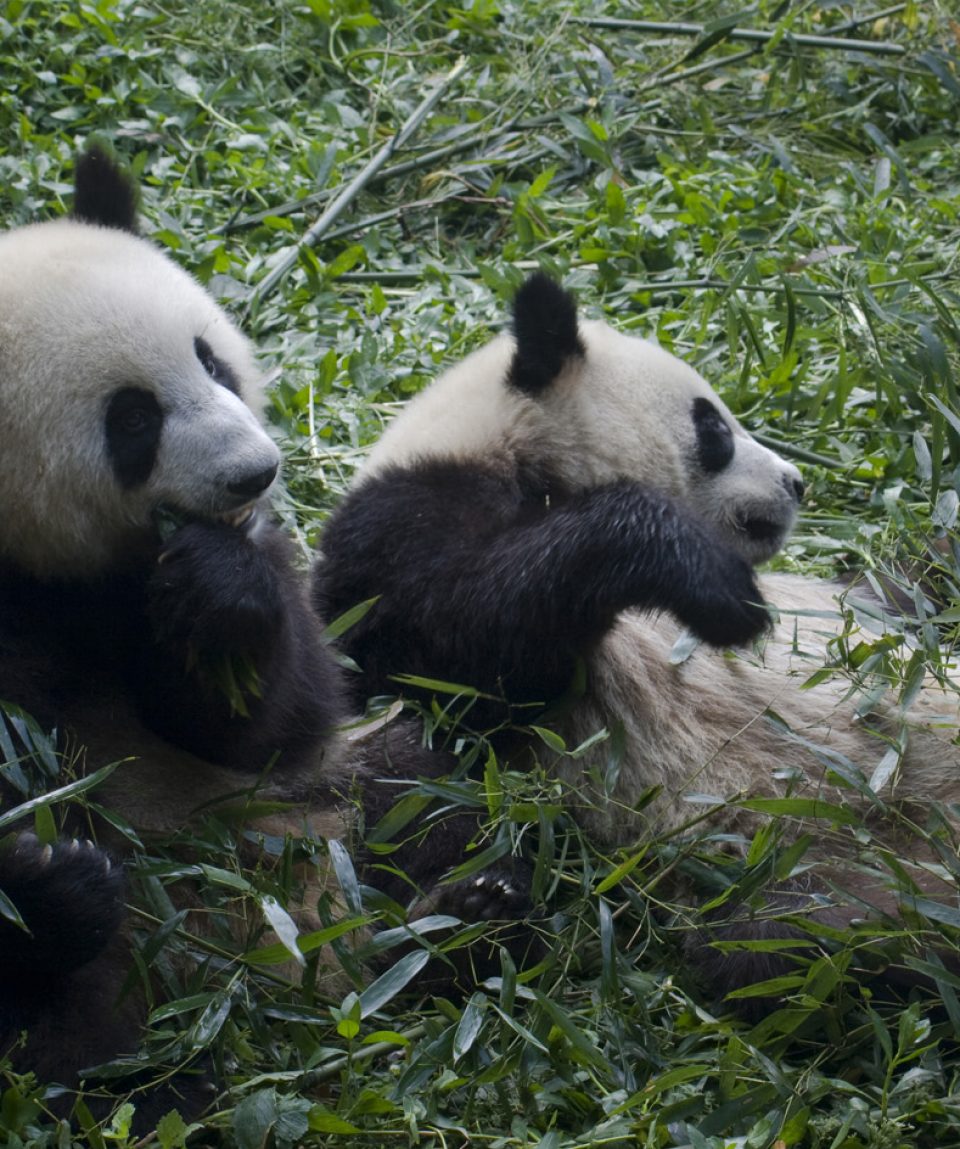 All about the CD01 Chengdu Panda Base and Sanxindui Museum 1 Day Tour.

Brief Introduction to Chengdu Research Base of Giant Panda Breeding

As the world’s famous giant panda ex situ conservation base, scientific research and breeding base, public education base and educational tourism base, the Chengdu Research Base of Giant Panda Breeding (hereinafter referred as the Base), located at No. 1375 Outer North Panda Avenue, Chenghua District of Chengdu, Sichuan Province and covering an area of about 247 acres, is 10 kilometers from downtown Chengdu and about 30 kilometers from Shuangliu International Airport. The Base, as the “giant panda ex situ conservation ecological demonstration project”,is famous for the protection and breeding of endangered wild animals that are unique to China, including giant pandas and red pandas. It is honored as “the national treasure’s natural paradise and the people’s land of idyllic beauty” for its beautiful environment of overlapping mountains, clean water, lush trees, and chirping birds.

1. Breeding of Giant Pandas
The Base was created on behalf of six sick and hungry giant pandas that were rescued in the 1980s. It has never captured any wild giant pandas, but has bred 172 fetuses and 261 giant pandas, and the number of existing giant pandas has hit 176 (as of Jan.25, 2017) due to technological innovation. These captive giant pandas are the largest artificial breeding population in the world, who are of exceptional genetic quality and positive individual and behavioral health conditions.

2. Scientific Research on Giant Pandas
Over the past 30 years, through a series of innovative scientific research, the Base has tackled problems in key technologies including artificial feeding and management of captive giant pandas, breeding and cub feeding, disease control and population genetic management, breaking technological bottlenecks. The Base has earned many original research achievements: more than 70 scientific research projects won national, provincial, and municipal Technological Invention Awards and Science and Technology Progress Awards, and a total of 14 national invention patents and utility model patents have been achieved. The Base, globally recognized as a giant panda ex situ conservation demonstration base with the strongest scientific and technological assets, the most fruitful scientific and technological achievements, and the best application promotion results, was awarded the honorable distinction of “National Advanced Collective of Technical Personnel” in Sep. 2014.

The Base, in the national wildlife conservation system, took the lead in public conservation education and established the department of popular science education in 2000. Guided by CWCA, the Base has introduced advanced conservation educational concepts and methods, and it has developed a series of colorful conservation education projects aimed at current pressing environmental issues from the perspectives of public awareness, emotion and behaviors both at the Base and from societies around the world, such as urban communities, universities, middle and primary schools, kindergartens, and rural areas. Such activities have been well appreciated and praised by teenagers, foreign and domestic volunteers, and animal lovers. The Base has cooperated with many countries and institutions and has established extensive links and cooperation networks. In addition, it has been awarded many honorable distinctions, such as “Global 500”, “National Adolescents Science & Technology Education Base”, “National Popular Science Education Base”, “National Environmental Protection Popular Science Base”, “Demonstration Base of Popular Science and Ecological Protection” of Chengdu and Sichuan province, and “Chengdu Demonstration Base for Adolescents Practice and Education on Core Socialist Values”.

The Base equally emphasizes scientific research and tourism and forms a sustainable development model integrating “industry, education, research and tourism”. Applying landscaping to imitate natural conditions, the Base has set up many well-distributed buildings and areas for giant pandas, including the delivery room, feeding area, scientific research center, hospital, and giant panda “luxury” houses that are scattered among the mountain forests. Giant pandas at different ages, young and old, breed and grow here in bliss. In 1998, the World Tourism Organization evaluated the Base and rated it as a wonderful place, which enjoyed a reputation equal with the world natural heritage site Jiuzhaigou, and in 2006 it was awarded “Class 4A National Tourist Attraction”. So far, 3.5 million tourists have been received annually, many travelers visiting the Base arriving domestically or internationally (data in 2016).

Chengdu Field Research Center for Giant Pandas of CRBGPB – “Panda Valley”, located in Majiagou, the town of Yutang, Dujiangyan and adjacent to the Dujiangyan Irrigation Project and Mount Qingcheng, covers an area of about 330 acres. The Center, 50 kilometers from Chengdu and about 3 kilometers from Dujiangyan, boasts a convenient travelling experience, accessible from Chengdu-Dujiangyan Expressway, the light rail or Mount. Zhaogong-Qingcheng Belt Avenue. The center, with bamboo, water, birds, flowers, and more than 700 species of flora and fauna, is advantageous in their natural habitat, making it into the natural giant panda reintroduction base.

* All entrance fees as per in the itinerary
* All transportation in the itinerary by 7 seats Buick MPV or 17 seats Transit mini bus.
* Service of English speaking tour guide during all transfers and sightseeing.

* Hotel accommodation based on twin sharing room with the Breakfast in the hotel.
* Chinese visa and Air tickets or train tickets.
Note: If you need our help to booking hotel and domestic air tickets or train tickets in China, please inform us in advance and send us your full name on your passport and passport number through email.
* All meals (lunch and dinner).
Note: Our guide can recommend and arrange restaurant for you. When driver and guide working for you. You should pay for their meals
* All optional programs. Such as variety show of “Face changing” and “Flame Spitting-Out” of Sichuan Opera; Tibetan Singing, Dancing and folk custom Show.
* Travel Insurance.
Note: You’d better buy travel insurance in your country before you come to China.
* Gratuities and Tips to driver and tour guide.
* Personal expenses: telephone, laundry, etc.
* Fees due to landslides, road blockade and flights delay. 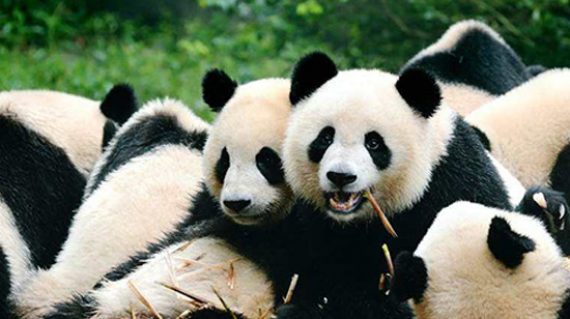 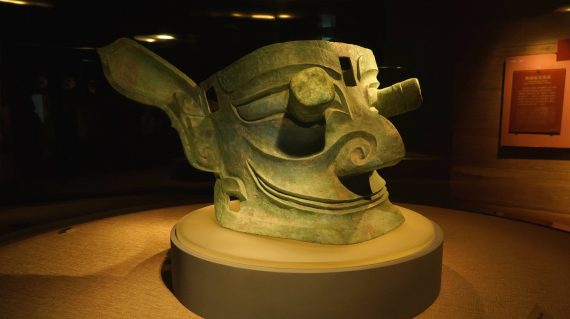 The most important archaeological finds on the Sanxing Dui Ruins for the past half century. The exposure of a large number of spectacular relics created a great sensation, making the Sanxing Dui site well known to the world. 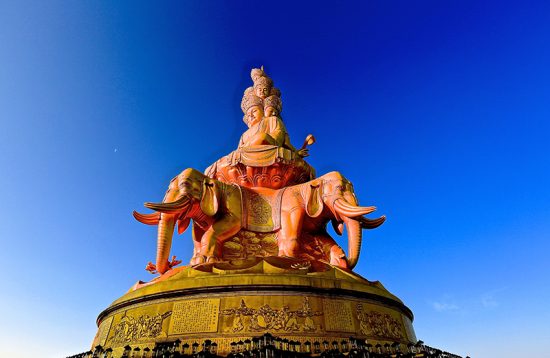 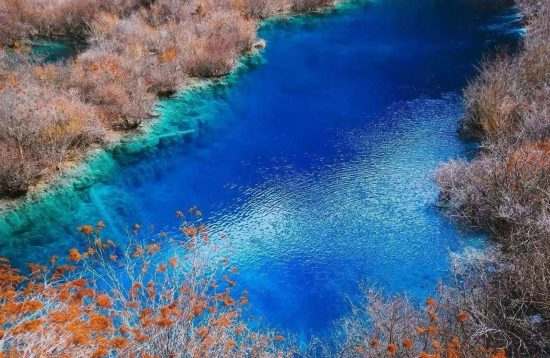 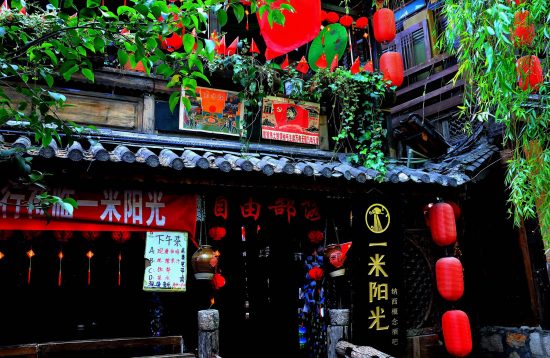