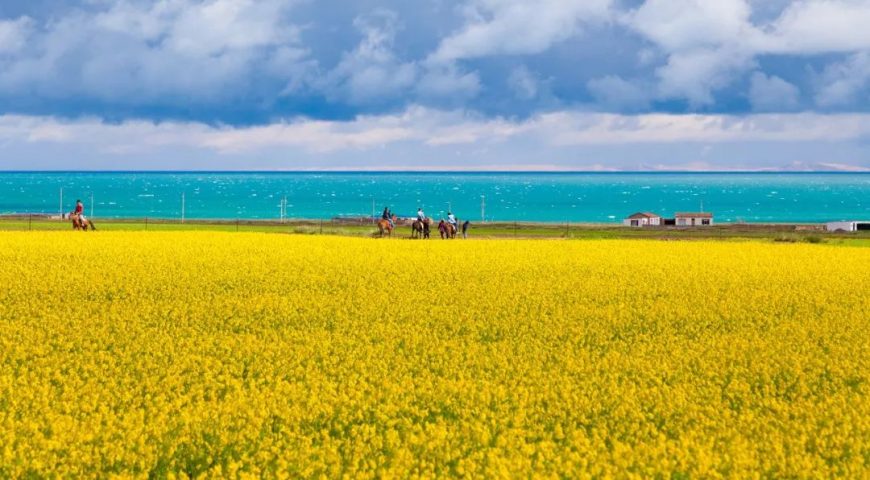 Climate and Geography of Qinghai Province

Qinghai, which is located more than 1, 500 km from the East China coast, has little rainfall and plenty of sunshine. Qinghai has a typical plateau continental climate. The weather there has the following features: big temperature difference between day and night, strong solar radiation, rare rainfall and long day.

The best time to visit Qinghai Province is during the period from May to October. In the meddle of May every year, the grass becomes green, plenty of migratory birds get together in Climate of QinghaiQinghai Lake, the province come to a period full of vigor. July is the hottest month in Qinghai, with the highest temperature can reach up to 36 ° C (97° F). However, if one intends to visit the south part of Qinghai, he/she still need to bring some warm clothes, because the temperature there will not be higher than 18° C (64° F).

Summer is the best season to travel in Qinghai, because the grassland and lakes are all in their most beautiful period in this season, and many ethnic minorities will celebrate their festivals in summer. But sine the rainfall centers in summer, tourists need to pay more attentions on the weather conditions to dress and bring equipments accordingly.

Qinghai is located on the northeastern part of the Qinghai-Tibet Plateau. The Yellow River originates in southern part of the province, while the Yangtze and Mekong have their sources in the southwestern part. Qinghai is separated by the Riyue Mountain (rì yuè shān 日月山) into Geography of Qinghaipastoral and agricultural zones in the west and east.

The average elevation of Qinghai is over 3,000 meters (9,800 ft) above sea level. Mountain ranges include the Tanggula Mountains (táng gǔ lā shān 唐古拉山) and Kunlun Mountains (kūn lún shān 昆仑山). Due to the high altitude, Qinghai has quite cold winters (harsh in the highest elevations), mild summers, and a large diurnal temperature variation. It is also prone to heavy winds as well as sandstorms from February to April. Significant rainfall occurs mainly in summer, while precipitation is very low in winter and spring, and is generally low enough to keep much of the province semi-arid or arid.

By area, Qinghai is the largest province in China – excluding the autonomous regions, which are technically not provinces; but if they were, Xinjiang would be the largest. Qinghai Lake (Koko Nor) is the largest salt water lake in China, and the second largest in the world. Qaidam basin (chái dá mù pén dì 柴达木盆地) lies in northwestern Qinghai. About a third of this resource rich Geography of Qinghaibasin is desert. The basin has an altitude between 3000 to 3500 meters.

The Sanjiangyuan National Nature Reserve (sān jiāng yuán zì rán bǎo hù qū 三江源自然保护区), also referred to as the Sanjiangyuan Nature Reserve, or the Three Rivers Nature Reserve, is the area of Qinghai province, PRC which contains the headwaters of the Yellow River (huáng hé 黄河), the Yangtze River (cháng jiāng 长江), and the Mekong River (lán cāng jiāng 澜沧江). The SNNR was established to protect the headwaters of these three rivers. The reserve consists of 18 subareas, each containing three zones which are managed with differing degrees of strictness.