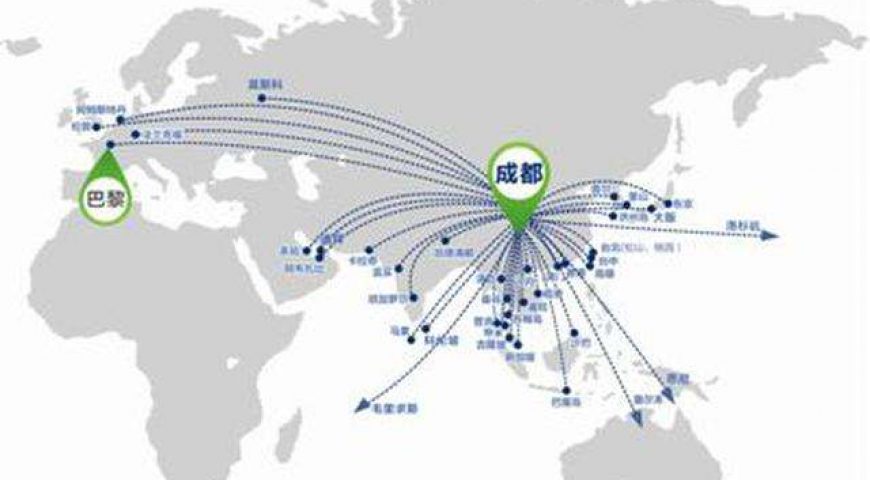 CHENGDU THE NEW CHINESE MICE CENTER IN THE FUTURE

China Hospitality news .Located at the center of Sichuan province, Chengdu is the central city of southwest China, as well as being the political, economic, cultural center of Sichuan. The State Council has positioned Chengdu as the high-tech center, business center, finance center, transport hub and communications hub for the southwest region, making the city the trade center of the southwest, and a key tourism city for the west of China. These plans have laid a solid foundation for Chengdu becoming the MICE center of southwest China.

Information technology, machinery (including automotive and aerospace), medicine, food (including tobacco) processing, metallurgy and building materials, and petrochemicals are the six key industries of Chengdu.

Covenient Transportation, Aviation
Chengdu’s Shuangliu Airport is the largest airport in southwest China and is one of China’s six largest airports — following Beijing, Shanghai, Guangzhou, and Shenzhen. Many railways link Chengdu to other areas including the Baoji-Chengdu, Chengdu-Kunming, Chengdu-Chongqing, and Dazhou-Chengdu railways – making it the rail transport hub for western China.

Chengdu has the longest highways in the west, and also the densest road network. The city boasts a radial road network featuring six freeways connecting Chengdu to other regions, three state roads across Chengdu, and 23 state roads.

Experience in MICE
At the Chengdu Municipal Congress of the Communist Party of China held in 2003, a decision was been made to build Chengdu into a MICE destination for China and the world. Through several years of development, Chengdu’s MICE industry has already become an important force for promoting economic development. There are a number of festivals and events held in Chengdu each year with large numbers of participants and visitors. Trade exhibitions are large scale and have higher added value than other MICE events. Most trade exhibitions are domestic ones such as the National Sugar and Wine Fair, the China International Medicinal Equipment Fair, the National Pharmaceutical Machinery Exposition, China Flower Expo, China International Sporting Goods Show, China Domestic Tourism Fair, Chengdu International Furniture Industry Exhibition, Chengdu Motor Show, Chengdu Real Estate Fair, and the Western China International Fair. Conventions are mostly international and multinational corporation meetings, such as the EU-China Investment and Trade Fair 2006, Jiuzhai Paradise International Environmental Forum, Worldwide Chinese Life Insurance Congress, International Federation of Photographic Art Conference, the IAEA Fusion Energy Conference, and the China International Software Conference. MICE activities held in Chengdu have involved many different industries including electronics, automobiles, building materials, pharmaceuticals, medical equipment, flowers, food, beauty care, furniture and clothing, which is encouraging the structural adjustment and market development of industry, agriculture, science and technology, and trade.

Chengdu Will Be the MICE Center of Southwest China
Comfort MICE Service general manager Chen Wei commented on the MICE market in 2010. Generally the MICE market is up as the overall economy improves this year, and MICE events in medicine, IT, consumer goods, and the automobile industries are also increasing. As Comfort MICE Service has launched the self-developed ERP system and expanded customer channels, the company has seen an increase in its business this year. It is expected that by the end of 2010, the business volume of Comfort MICE Service Beijing and Shanghai offices will reach CNY600 million, almost doubling that of 2009.

Chen says the overall MICE market of Chengdu is quite promising. The natural disaster that occurred during the initial stage of its development impacted the market to some extent, as many clients won’t hold their events in Chengdu for at least two years. But economy is still the major reason to measure whether Chengdu will be the MICE center of southwest China. Currently more than 300 out of the Fortune 500 enterprises have set up factories or branches in Chengdu, which means a great demand for MICE in the future. If Chengdu remains the economic center of southwest China, its hardware facilities could be improved, and as the number of convention and exhibition centers and hotels keeps increasing, there will be more and more MICE events held in Chengdu.

In 2010, Chengdu has taken the advantage of the Expo, Western China International Fair, and the Annual Summit of China Green Companies to conduct a series of investment promotion activities to attract high-end industries to settle in Chengdu. At the beginning of 2010, the government has determined to open up more in this year. The Chengdu Exposition Bureau will attract more high-end conferences, expositions and forums to the city to build more high level communication platforms. Chengdu has positioned itself as the “international high-end conference destination city” because of the prominance of international events