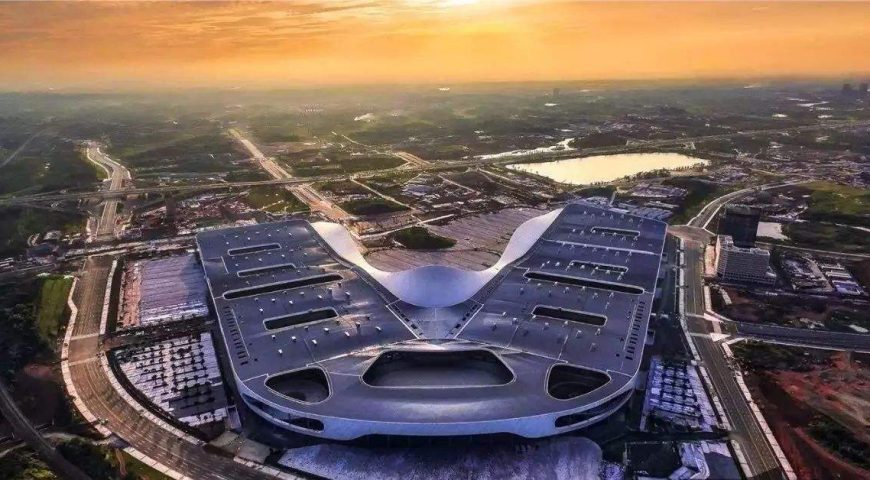 Chengdu, capital of Southwest China’s Sichuan province, is being hailed as one of the country’s most innovative cities in 2016 due to its international meetings and exhibitions at the 2016 MICE (meeting, incentive, convention and exhibition) STAR ceremony.

The event was hosted by the China Convention, Exhibition and Event Society and the Beijing Commission of Tourism Development on Nov 9 in Beijing.

Earlier, on Oct 21, Chengdu topped its peers in western China and ranked the fifth in the nation in competitiveness for event hosting, according to the first official report on China’s meeting cities of 2015, released by the society.

The report was compiled by more than 20 experts through thorough studies.

Another report on the top-100 international meeting destinations released in 2015 by the International Congress and Convention Association included 12 Chinese cities, among which Chengdu ranked sixth.

This recognition indicates that Chengdu has effectively nurtured its MICE sector.

Chengdu serves as the center of western China in economy, science, technology, cultural innovation, foreign affairs and transportation. With its GDP ranked the sixth in the nation, its advanced facilities provide Chengdu’s MICE sectors with strength in infrastructure.

This year has seen more than 520 major events held in Chengdu, covering an exhibition area of 3.3 million square meters.

The added value of MICE industries sees 8.5 percent growth annually in recent years, with 20 percent of the exhibitions being international events.

A total of 278 of Fortune 500 enterprises have arrived in Chengdu, a sign of Chengdu MICE businesses’ nationwide influence and international interest.

The Chengdu International Conference and Exhibition Center, as Wang put it, will better meet the increasing number of major events in Chengdu with an exhibition area of 200,000 sq m and 500,000 sq m outdoors.

More than 100 exhibitions are held in the Chengdu Century City New International Convention and Exhibition Center each year.

Both are expected to help Chengdu to gear up to become a world-renowned host city for meetings as part of Chengdu’s 13th Five-Year Plan period (2016-20).

Eventually, the city’s hospitable environment, professional management, and fair and orderly competition is expected to grow from effective guidance of the local government and strong partnerships with its counterparts, said Wang.

It is another big step for Chengdu’s exhibition industry toward globalization.

The Chengdu Beauty Expo, founded in 1997 by Cui Hongbo, was the first cosmetic exhibition in Southwest China. Held twice a year, it has been organized 36 times in the past 20 years, with an average exhibition area of 30,000 sq m.

“Exhibitions in the future will be more comprehensive so as to better promote the beauty industry in Southwest China and even the whole country,” Cui said.

Chen Xianjin, honorary chairman of the Global Association of the Exhibition Industry, commended Chengdu on its influence as a meeting city.

Its exhibition industry has skyrocketed, making the city well-known for its exceptional meetings and exhibitions, said Chen.

The Chengdu Bureau of Exposition has been very supportive of Chengdu’s exhibition industry, while local government officials have provided support and suggestions, according to Chen.

“As a celebrated meeting city, Chengdu MICE has developed well in recent years. On the national scale, the strength of its exhibition sector grows as that of its other sectors does,” Chen said.

Chengdu, capital of Southwest China’s Sichuan province, will organize over 1,000 exhibitions and conferences next year, and out of them, about 590 will be international events.

Upcoming events will include the 96th China Food and Drinks Fair, the Chengdu Motor Show 2017, the 12th EU-China Business & Technology Cooperation Fair and the 2017 Education Forum for the Asia Annual Conference. A total of 3.3 million square meters of exhibition space will be used.

The total revenue generated by the conference and exhibition events in 2017 is expected to reach some 89.4 billion yuan ($12.97 billion), up 12.8 percent year-on-year. As of Nov 15, Chengdu had hosted 505 exhibitions and conferences, including 122 international events. The number is expected to exceed 530 by the end of the year. The exhibitions and conferences have covered an area of 3.18 million sq m, a 10.7 percent year-on-year increase.

The year-end data will surpass 3.4 million sq m for year-on-year growth of 9.5 percent. The total revenue as of Nov 15 amounted to 71.2 billion yuan, up 12.8 percent year-on-year. By the end of 2016, it is expected to receive 98 million visitors and create 4,600 short-term job opportunities. Major events of 2016 included the G20 Finance Ministers and Central Bank Governors Meeting, the 22nd World Route Development Forum and the 2016 Chengdu Global Innovation and Entrepreneurship Fair.